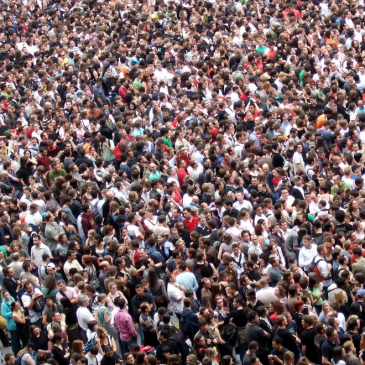 It’s easy to fall into the trap of believing that, because most Michigan residents don’t smoke, most must approve of the statewide smoking ban. Independent research completely contradicts this assertion. Polls, except for those originating from groups associated with ban proponent groups, consistently show a lack of public support for smoking bans.

“The available poll data suggest there is no public demand for further regulation of tobacco or smoking in this country. The issue doesn’t come up in polling on the most important issue facing the country, and Americans show limited support for expanded taxes or bans on smoking when asked about it directly. In the absence of a high degree of concern about secondhand smoke…there seems to be a limited well from which potential public demand for more bans on smoking in public could spring.” –Gallup’s Pulse of Democracy, Tobacco and Smoking

In an April 2013 article on MLive, the American Cancer Society’s “Cancer Action Network” claimed 74% of Michigan residents agree with their stance that no changes should be made to the law–and they had a poll to back it up.

The poll is difficult to take seriously. The results would have us believe that every non-smoker in Michigan completely approves of one of the strictest bans on earth. It would mean no non-smokers are OK with their friends or family smoking on outdoor patios, and that no non-smokers support separate, well-ventilated smoking areas or any other compromise, no matter how trivial.

A more realistic scenario was displayed by the MLive poll accompanying the very same article. The result: 63% of Michigan residents oppose the ban as-is!

Because the ACS failed to disclose whether it allowed people to vote multiple times in its poll, and whether the poll was “members-only,” and what the poll’s questions were, Ban the Ban Michigan decided to conduct its own poll.

Btbmi’s poll, which ran from December 2015 to January 2016, was made available to non-members and reached close to 40,000 people. The results clearly demonstrate high public demand for a compromise on the smoking ban.

Wanting honest results, multiple voting was blocked, and everyonewas allowed to vote, even non-members. The poll was targeted to all Michigan residents and ultimately reached over 40,000 people.The result shows a clear majority–86.3%–oppose the smoking ban as-is.

Btbmi’s poll had a margin of error of 3% with a confidence level of 95%–meaning it can be said with 95% confidence that between 83% and 89% want a common-sense compromise on Michigan’s smoking ban law.

The only polls our researchers are able to find showing public support for smoking bans come from anti-smoking groups and ban advocates. Even averaging mLive’s poll (available to everyone) with Btbmi’s (also available to everyone) results in 74% opposed to Michigan’s ban as-is. This result is practically the exact opposite of the ACS poll, but makes much more sense: it means most smokers don’t want such a strict smoking ban, and most non-smokers are not anti-smokers and so feel ban goes too far. It’s clear that the vast, vast majority of Michigan residents are ready for a common-sense compromise on the issue.