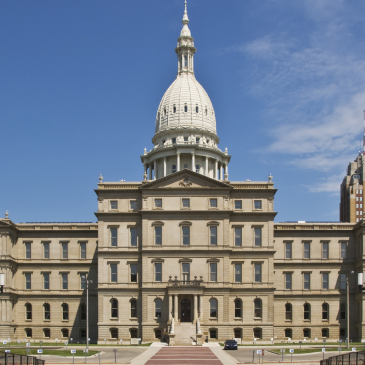 Michigan’s smoking ban has had a serious impact on state revenue, and therefore, the average taxpayer. A report by the Michigan Department of Treasury determined that the smoking ban has “reduced the activity at taverns that serve liquor.” Such losses translate to losses in state revenue, and when you look at the numbers, “reduced activity” seems like quite the understatement.

According to numbers obtained from the Michigan Department of Labor, which oversees the Michigan Liquor Control Commission, 176 bar licenses had been lost and an additional 63 liquor licenses had been placed in escrow with the liquor control commission within six months of the ban’s enactment. How many employees worked at those 239 businesses?

Two years after the ban, data from the Michigan Liquor Control Commission showed at least 3,048 liquor license holders in our state reported a decrease in sales, with two-thirds of them saying their receipts were down at least 10%. That’s on top of the additional hundreds, if not thousands, of places which have gone out of business since then. This paints a very grim picture when you consider how many jobs Michigan’s smoking ban has cost.

Within the first 11 months of the ban, Michigan Lottery Keno sales dropped 15 percent–that’s a $67.9 million dollar decline, translating into a $17.3 million loss for Michigan schools. When the smoking ban was debated, proponents promised no more than a $4 million drop. According to Andi Brancato, director of public relations for the Michigan state lottery:

“We can definitely attribute that to the smoking ban. Once that went into effect, the sales dropped.”

The Michigan Licensed Beverage Association has estimated Michigan loses $1.5 million in state revenue per week due to the smoking ban.

Most Michigan residents are aware that casinos were given an exemption from the ban; a protection not offered to struggling small business owners.

Cities in Indiana allowed similar casino exemptions: as a result those, bans were declared unconstitutional and repealed.

Minnesota casinos were given no such exemption. In 2003 and 2004, the Minnesota Charitable Gambling Reports showed revenue streams on the order of $120 million per month from non-casino gambling (pull-tab games, bingo, and keno, for example). This was before partial bans were enacted in 2005 and 2006 which included establishments associated with these forms of gambling. Following this, gambling revenue dropped by roughly $10 million a month. The partial ban was followed by a full state-wide ban at the end of 2007, followed by an instant drop of an additional $15 million a month. Minnesota’s smoking ban, therefore, which didn’t even include tribal casinos, still cost taxpayers over $300 million a year.

Illinois did include casinos in their state’s smoking ban, and suffered heavy losses in revenue. On August 14, 2009, Kathy Drea, vice president of advocacy for the American Lung Association in the upper Midwest, looked at Illinois’ casino losses and said, “I would say the economy would be the number one issue. I think the smoking ban had very, very little to do with it.” This, despite the fact that nearby Indiana, Iowa, and Missouri had very different stories despite quite similar economic conditions.

The difference? Indiana, Iowa, and Missouri didn’t have smoking bans that covered casinos.